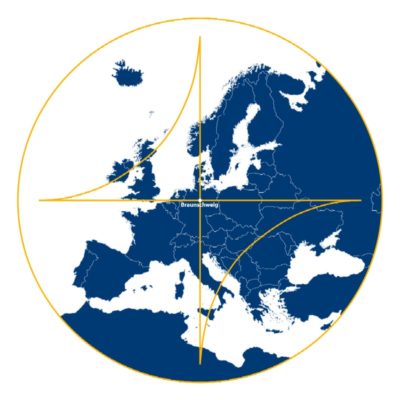 With its approximately 250.000 inhabitants Braunschweig is the biggest city in the area between Hanover and Berlin and the centre of the region Eastern Lower Saxony.

Braunschweig unites tradition and high technology, outstanding infrastructure and an excellent location at the heart of northern Europe. Its spectrum ranges from biotechnology via financing all the way to transportation technology. The Technical University as well as the numerous internationally renowned research establishments are the reason for Braunschweig having a very high proportion of business set ups in high-tech sectors.

According to a recent EU study, Braunschweig is the most research intensive region in Europe, boasting the highest density of scientists. Over 16,000 students study at the Technical University, the University of Applied Sciences (Fachhochschule) and the University of Art (Kunsthochschule, HBK) – 14,400 of them are studying in technical fields. Braunschweig’s brain boxes teach, carry out research and work at 27 research institutions and 250 companies in the high-tech sector.

The Braunschweig Region has by far the highest R&D intensity in the whole of the European economic area. 7.1 % of Braunschweig’s Gross Domestic Product (GDP) is dedicated to this area.

As the centre of a region of research acclaimed throughout the world, Braunschweig introduced pioneering technologies to the market in bygone times and established itself as an important centre of business early in its history.

Its excellent infrastructure is however only one of the many reasons for well-known companies such as Volkswagen Financial Service AG, Siemens AG or Intel GmbH to make Braunschweig their base.

More than 15.000 people in over 250 companies in the high tech sector and in 27 research institutions live and work in Braunschweig and secure the future potential of the region. Amongst others there are the Helmholtz-Zentrum for the research of infectious diseases, the ‘Deutsche Zentrum für Luft- und Raumfahrt’ (German Centre for Aerospace), the second largest research airport in Europe and the world’s biggest chip development centre of the company INTEL. Over 16.000 students study at the Technical University, the technical colleges and the University of Art. According to the EU Eurostat office Braunschweig has the highest percentage of employees in research and development in the whole of Germany and is even the leading region in Europe in terms of